Top Educational Movies That Can Enter Your Watchlist Now! 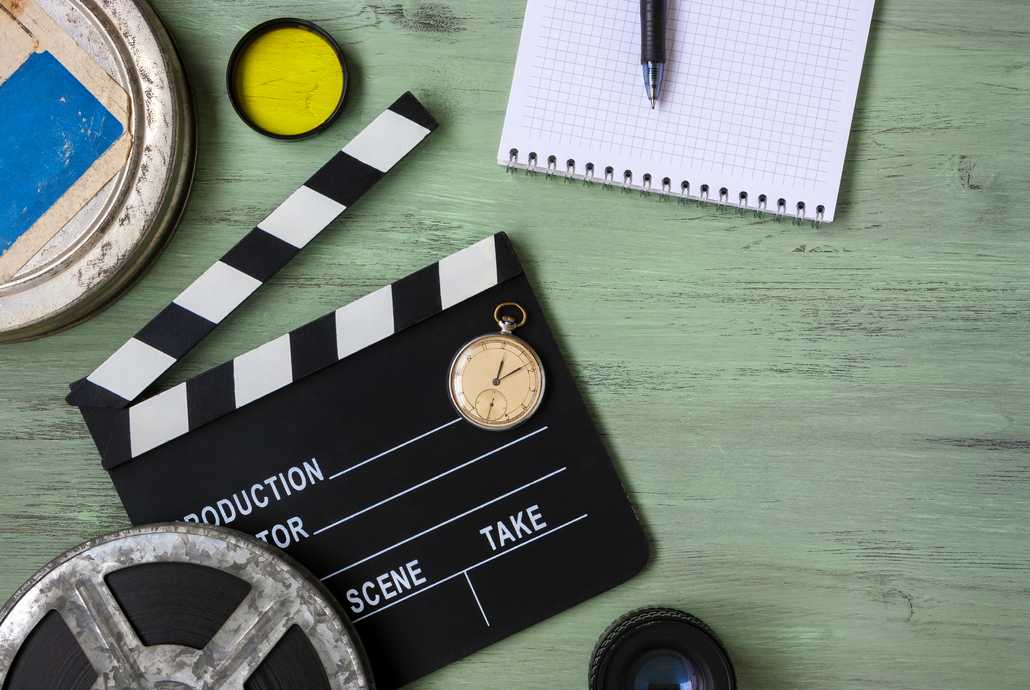 The Lumiere Brothers' projection of moving images and the audience's awe at the sight of a single approaching train marked the beginning of cinema.

In the late 19th century, what started as a pastime became a venue for telling thought-provoking tales. Then, various famous filmmakers reimagined these motivational and educating stories, ultimately changing the goal of cinema!

Films are now more than just a means of amusement; they have evolved into a potent tool for telling underappreciated tales and speaking out on forbidden subjects among the general populace.

Focusing on "educational cinema," this article provides an exclusive selection of the best educational films that need to be on your watchlist.

The School of Rock

Dewey Finn, a passionate and eccentric musician, is expelled from the group he was set to perform with for the Battle of the Bands tournament. Not giving up, he pretends to be his closest friend to apply for a position as a substitute teacher at a prep school to make some cash to pay his rent. His unpredictable behavior and lack of interest in instructing kids when he starts working confound him. Still, one day he walks past his class during their music lesson and decides to form his band for the competition.

The School of Rock is a musical masterpiece that will revolutionize how you perceive music, especially the rock genre, and will educate you about teamwork, perseverance, and perseverance. It is one of the funniest yet inspirational and instructive movies!

You have undoubtedly lost out on practical education if you have yet to hear about Rancho's lessons about work and life. This hugely successful and well-received movie depicts the life of engineering students, from the competitive dash to excel academically to dealing with senior ragging.

The story of Rancho, Raju, and Farhan, three friends, and their college years is told in one of the greatest educational films ever made. It will take you on a rollercoaster of real-world learning while encouraging you to follow your inner calling rather than grades and promoting the idea that thinking outside the box can get you far.

Good Will Hunting, written by Ben Affleck and Matt Damon and won an Oscar for Best Screenplay in 1998, is at the top list of educational films. Will is a mathematical prodigy who excels at solving challenging numerical puzzles, but he considers life the most difficult complex equation of all. A math professor approaches him to ask him to work on a problem, but upon realizing that he is a law-breaker and rebel, he sends him to Sean Maguire, a psychology professor. The latter helps him confront his inner demons and comprehend what life is all about.

Gaining notoriety for "Friends" Aiming to cast Matthew Perry in a fresh light, The Ron Clark Story tells the story of an ambitious teacher who relocates to Manhattan and finds himself assigned to a class of underprivileged pupils who exhibit reluctance to learn.

The film, an example of an educational film based on an actual event, shows the efforts of renowned American educator Ron Clark. He took on the challenge of raising his students' test scores and enabling them to pass the grade. He does a lot more with his engaging lessons and varied teaching strategies as he gives the kids newfound courage and hope and encourages them to follow their passions.

Another movie that deserves a place in our list of instructional movies is this 1995 American drama. Based on LouAnne Johnson's true story, it tells the adventures of a former U.S. Marine who became a teacher and was assigned to teach an African-American and Latino class at Carlmont High School. She discovers her kids engaged in gang violence and drug dealing and is reluctant to participate in classroom instruction since they have been branded "white bread." The movie explains her efforts to use music and extracurricular activities to adopt compelling teaching strategies. It focuses on how a teacher may lead students along the correct road and assist them in becoming better people.

The Pursuit of Happyness

The Pursuit of Happyness, a must-see autobiographical drama and instructional film, takes to the big screen the valid account of successful entrepreneur Chris Gardner's fight to remain homeless for a whole year. Gardner struggles to make ends meet while caring for his young son and seeking an unpaid internship that offers a full-time salesman position at a large corporation after being kicked out of his rental flat and abandoned by his wife.

Despite all this, he succeeds and is hired for the position! The film's central theme is the significance of tenacity and perseverance, which are fundamental to succeeding in the world!

The tremendous educational movie Dead Poets Society explores the conflict between realism and romanticism as these competing ideologies are taught to students at an all-boys prep school. Based on tradition and excellence, Welton Academy is committed to dispensing the strictly structured instruction that the administration's realism and anti-youth policies.

Every semester, hundreds of parents abandon their children in the capable care of Welton instructors in the hopes of producing future doctors and attorneys. When a temporary English teacher shows up who also happens to be a Welton alum, he brings with him a passion for teaching romanticism, exposing his students to a hitherto unexplored realm.

One of the best ways to raise awareness of other cultures is through movies. Good documentaries typically contain a lot of difficult-to-understand content, which is an issue. One of the most current and shocking documentaries or educational films concerning plastic pollution is A Plastic Ocean by Craig Leeson.

An investigation into the fragile state of our waters due to our overreliance on plastic took shape out of what started as a search for the uncommon blue whale. Along with depicting the awful situation in the sea, the filmmaker also deals with many of its consequences in a very straightforward and realistic way. The journey brought him to more than twenty different locations throughout the world.

Do you remember yourself at the age of eleven? To make this educational, amusing, and moving depiction of childhood, Australian director Genevieve Bailey spent six years around the globe interviewing 11-year-olds.

From an orphanage in India to a single-parent household in inner-city Melbourne to swimming with elephants in Thailand, I AM ELEVEN explores the lives and ideologies of children worldwide. It combines incredibly personal and, at times, funny representations of what it's like to be on the cusp of puberty, that brief time when childish naiveté has vanished. Still, adolescent self-consciousness has not yet taken hold. These young minds offer a startling window into the future of our planet since they are unguarded and sincere.

The wonderful and moving instructional film Paper Clips shows how young kids responded to Holocaust education by pledging to collect one paper clip for each person killed by the Nazis. Tennessee school administrators create a unique class project using paper clips to educate their students about the scope of the Holocaust.

Middle school students in a remote community with a high concentration of Christians started gathering paper clips to symbolize the Jews who perished in World War II concentration camps. The Final Solution-like process of installing millions of paper clips inside a German railway car follows the collection of the paper clips.

Nil Battey Sannata, another necessary entry on our list of educational films, is a heartwarming story of a mother and daughter that highlights the difficulties faced by lower-class people who recognize the value of education but lack the resources to pursue it. Chanda, a single mother who works as a maid, and her teenage daughter Apu is central to the narrative. Apu, Chanda's daughter, dislikes school and cannot understand the sacrifices her mother has made for her. Chanda has high hopes for her daughter.

With the justification that "a maid's daughter will always be a maid," Chanda, who has been hiding her lethargy, decides to teach her a lesson by enrolling in her school, much to Apu's humiliation. The main lesson in this film is never to limit one's potential and to learn to accept life as it is while striving to improve.