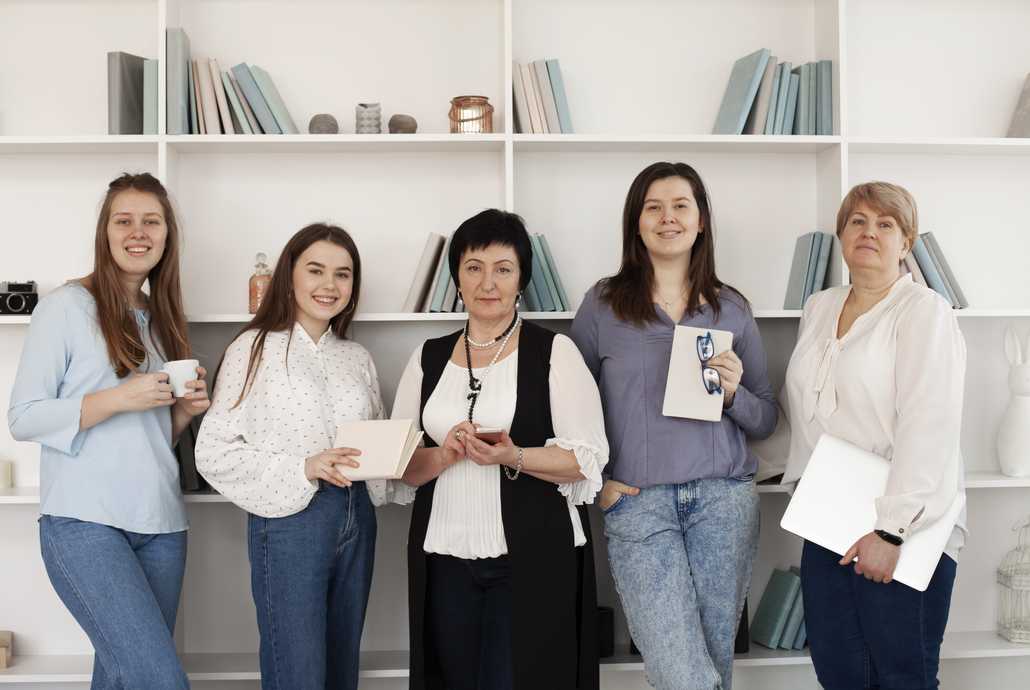 Modern women are overcoming all obstacles to carve out a unique place in a patriarchal environment that nonetheless values female strength.

Women have revolutionized nearly every sector of business and economic life, whether in IT, fashion, telecommunications, or the media. They joined the field of entrepreneurship and completely reconstructed it while consistently being undervalued and underrated.

This article will delve further into the lives of some of the most successful female entrepreneurs in the world, as well as the career advice that one may learn from She-EOs who changed the world with their successful companies!

Cher Wang, a Taiwanese businesswoman who co-founded the smartphone giant HTC, has been dubbed the most influential woman in technology. Wang even went to the University of California, Berkeley, to study music because his initial goal was to become a concert pianist. In barely three weeks, she changed her major to economics, and in 1981, she earned her postgraduate degree. She has emphasized having an inner will for survival and making it through as a well-known entrepreneur in an industry with fewer women. And she claimed that one way to achieve this is to develop the habit of learning and observing things.

Therefore, one must understand that the body of knowledge is broad and limitless and try to immerse themselves as much as possible by continuously learning new things and perceiving them to improve themselves.

Sophia Amoruso, 22, who served as a loose inspiration for Netflix's renowned "Girlboss," was ignorant of her multi-million dollar riches as she struggled through a time of "job promiscuity," in her own words, at the age of 22. Amoruso has worked at places like Subway, dry cleaners, plant nurseries, and orthopedic shoe stores. She also experienced the rise and fall of her internet-shattering start-up, Nasty Gal, which turned an ordinary eBay company into a massive lifestyle sector.

A few years later, as the business began to get numerous lawsuits from former workers, Amoruso resigned. She went through a tough patch, but she climbed back up and focused on something new, which she eventually gave the name Girlboss! The most significant thing you can take away from Amoruso, who has been dubbed one of the most prominent female entrepreneurs, is to be tenacious and fierce in pursuing your professional goals.

Oprah Winfrey has been referred to as the "Queen of All Media," ranking among the most significant figures and powerful women worldwide. She was raped, oppressed, and given birth at 14 when she was just a young girl living in an impoverished home before making her mark in the business and media worlds. Her father was the one who encouraged her curiosity and assisted her in overcoming the challenging upbringing she had.

She later went on to work as a news anchor and host before creating her program, the Oprah Winfrey Show, which had the most ratings on television. She is one of the top women business owners and a self-made billionaire. She is always willing to inspire others and encourages us never to give up, no matter what.

As a self-made billionaire and businesswoman in the fashion industry, Tory Burch has always emphasized the importance of perseverance, hard effort, and stepping outside of your comfort zone to find the road less taken. She worked as a copywriter for Ralph Lauren, Vera Wang, and Harper's Bazaar at the beginning of her career.

Burch, who has always been captivated by fashion, started curating scrapbooks of images and clippings from fashion publications and books while she was still preoccupied with raising her six children. Later, she created clothing straight in her kitchen and developed a famous company named Tony Burch.

Lilly was reared in Toronto, Canada, where she was born and raised by Indian parents. Few people know that she struggled with depression at the beginning of her 20s, which further motivated her to follow her heart. She earned her psychology degree, but when it came time to take out her master's applications, the only thing on her mind was whether or not she was prepared. Instead of going down the same old route, she started posting videos on YouTube under the name Superwoman and went on to inspire a lot of people!

Lilly Singh created entertaining and inspirational videos under the moniker Superwoman with a solid connection to her Punjabi heritage and an enormous passion for Bollywood. She has over 1.8 billion subscribers and recently received a late-night NBC TV program titled "A Little Late with Lilly Singh."

Hyman co-founded Rent the Runway, a fashion subscription service where one can rent an endless amount of clothing from well-known brands, whether one wants it for a casual day or something grand. She is one of the brilliant women entrepreneurs who took on the sexism pervasive in the tech industry.

Hyman notes that "we didn't have a structured business idea" but that it evolved as they started to present it to investors as one of the critical lessons she would like to impart to women aspiring to make it big in the world. As a result, as a businessperson, you can follow in the footsteps of a storyteller and keep structuring, recounting, and reconstructing your business idea until it becomes a reality.

Mukherjee, one of the most well-known businesswomen in India, feels that having the "fighter gene" may aid you through the most trying moments and overcome all obstacles. Suchita Mukherjee, who founded the nation's first female-exclusive fashion portal, Limeroad, was just a young woman perusing fashion magazines when she developed her business concept to create an online network where users could curate their fashion scrapbooks and indulge in trends while on the go.

Mukherjee developed strong analytical and decision-making abilities while working in corporate finance, which nourished her entrepreneurial drive. She discovered a fantastic opportunity in the Indian clothes sector, where there was a clear need for a site for women purchasing clothing and accessories at reasonable prices. Creating an excellent fashion website completely changed how shopping portals were made in the past.

Sudha Murthy is a renowned author, philanthropist, and social entrepreneur. She has helped educate underprivileged children and was a crucial figure in the creation of Infosys, one of India's top IT firms. Her commitment to affecting social change and her educational path has played a vital role in her success, from becoming the first female engineer in India to leading a firm like Infosys. Sudha Murthy, modestly clad in traditional Indian garb, is well known worldwide for her humanitarian endeavors.

At some point in your life, you've probably heard of Chanel, a well-known designer label at some point in your life. You must not have thought about Chanel's creator or the things you can take away from her. The way people view fashion and the place of women in society were both altered by Coco Chanel. The most valuable things we can learn from Coco Chanel are beauty, temperance, and elegance. She was an entrepreneur and fashion designer from France. She carried out her plans for her entire life. She has transformed from being an orphan to creating a visionary brand like Chanel.

Kite's idea came to her when she was writing a paper on the topic 'Effects of Direct Profit Shifting in India.' Kite's success is due to the relentless hard work and determination of its CEO and co-founder, Priyanka Kanwar. Since its inception, Kite has processed approximately $70 million worth of transactions and served the needs of her 110,000 users in about 1,200 cities.

From earning a BBA from International University in Missouri, USA, to being recognized as one of the 50 Most Influential Women of Impact in 2018, 2019, and 2020, Pooja Jauhari's journey is truly inspiring. . A woman with solid work principles and aspirations for her life, Pooja Jauhari is the perfect role model for young entrepreneurs. Her hard work and determination toward her career can be seen throughout her professional journey.

Pooja Jauhar has been CEO of She The Glitch, India's leading digitally-driven advertising and creative agency, for the past eight years. Before becoming The Glitch's CEO, she was VP of Customer Strategy and Engagement. She founded Seat At The Table, which provides investment and advice to professionals and businesses.

Upasana Taku, the driving force behind Mobikwik and ZaakPay, is one of India's most successful female businesswomen. With cutting-edge firms like Mobikwik and Zaakpay, she has revolutionized digital transactions over the last ten years. Taku founded her business to support the Indian ecosystem after working for financial behemoths like HSBC and Paypal in the corporate sector. Before relocating to Jalandhar to study a Bachelor of Science in Industrial Engineering at the renowned National Institute of Technology, she did her primary schooling in Surat, Gujarat. At Stanford University in the United States, Taku pursued an MS in Management Science and Engineering.