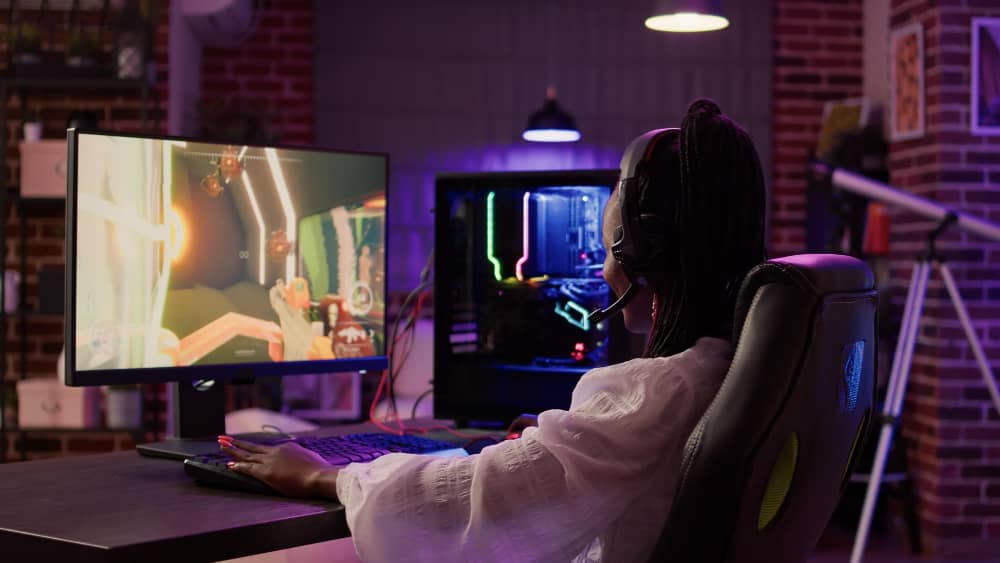 Google's homepage is a hub for Google Doodle games and a search and discovery tool.

These creative mini-activities are the ideal way to kill time, put off doing homework, or learn something new.

The Google Doodle team has produced various unique and enjoyable games you can play right in your browser over the years.

This article has compiled the top 10 doodle games in one post, covering everything from the Rubik's Cube to cultural celebrations.

Playing Google Doodle games is more than just passing the time. They usually remember a specific event, such as groundbreaking discoveries or the Summer Olympics in 2020.

While some Google Doodle games are more ancient than others, they all accomplish the same goal of providing a lighthearted view of a historical era.

Try some of the most popular Google Doodle games if you're searching for a simple way to pass the time and learn a few new abilities.

Everyone will agree that Rubik's Cubes are very challenging to solve. The puzzle can be solved using specific tactics, but since it has been popular for so long, there are many possible solutions, more than three billion, to be exact. Google Doodle covers you if you want to test your puzzle-solving prowess but don't have a Rubik's Cube at home. The Rubik's Cube Doodle is a fun and engaging way to play with one of the all-time most popular toys. It was introduced in 2014 to commemorate the product's 40th anniversary.

Google published a Pac-Man doodle in 2010 to mark the 30th anniversary of the game's arcade debut. Simply pressing the insert coin button will start it up; however, unlike at an arcade, it won't cost you a quarter. In a very Google twist, the Pac-Man map has the word Google spelled out in its centre, forcing you to negotiate its contours to gather all the pellets and stay clear of the ghosts. The game is otherwise a perfect reproduction of the original Pac-Man. Additionally, you can play cooperatively with a companion that plays Ms. Pac-Man.

To mark the famous Pony Express' 155th birthday, Google unveiled the Pony Express doodle in 2015. The gameplay is straightforward: your objective is to gather 100 letters by riding a horse and picking up mail envelopes while avoiding cacti and other obstacles. The accompanying video is what is most fascinating about this. It provides information on the illustrious past of the Pony Express, which was established in 1860 by William H. Russell, Alexander Majors, and William B. Waddel.

The Pony Express is still prevalent in people's minds, even though it only existed for a single year due to the development of the telegraph and other circumstances. Additionally, it was crucial in tying California and other Western regions to the rest of the country.

The 2017 Coding for Carrots doodle honors 50 years of youth programming. Researchers from MIT Scratch, the Google Doodle team, and the Google Blockly team created the game. The game lets you drag and drop blocks to let the rabbit eat carrots while teaching you the fundamentals of coding. The computer language, Logo, designed by Seymour Papert and colleagues at MIT to teach children about coding, is highlighted explicitly in the game.

Although it was developed long before the advent of personal computers, the idea was that, eventually, all children would be able to use computers as practical learning tools.

One of the biggest Google Doodles is The Doodle Champion Island Games. It was developed to commemorate Japanese folklore, culture, and Tokyo's Summer Olympics and Paralympics in 2020. You take on the role of Lucky the Ninja Cat in this game and compete to be the best in several sports while assisting the residents of Champion Island. It features miniature versions of rugby, swimming, swimming with artistic flair, and table tennis.

Once you defeat one of the seven Champion Island champions in a game, a Sacred Scroll is yours. You will become the Island Champion and restore peace once you have collected all seven Sacred Scrolls. This Google Doodle takes a while to complete, unlike most of them.

On July 4th, 2019, the Google Doodle team unveiled a Baseball doodle to honor America's freedom and its favorite sport. You can play some of America's favorite foods, such as the "Sluggin' Sirloin" steak, "The Triple" hamburger, and the "Big Red" watermelon, in this game, which is comparable to a home run derby. No matter how many at-bats you have, Google Doodles Baseball follows the rule of "three strikes and you're out." Make sure to hit as many home runs with your mouse as possible if you want to achieve your best.

The 44th Hip-Hop Anniversary doodle examines the background of the genre. The introductory film features DJ Kool Herc as he created one of today's most well-known musical subgenres through the creative application of the turntable. You'll learn about some of the hip-earliest pioneers as you delve further into the turntable and make your tracks. You can then access a lesson on using the turntable independently and a list of notable recordings.

As you know it today, pizza was first developed in the Italian city of Naples, but it is now consumed in various ways around the globe. According to the UNESCO Representative List, pizza was included in the Intangible Cultural Heritage of Humanity in 2017. The Celebrating Pizza doodle honors the delectable cuisine by letting you chop up pies worldwide. Simply move your mouse to create a line across the pizza, then use the pizza cutter to cut it into pieces.

2018 saw the release of the Celebrating Garden Gnomes doodle to mark Germany's Garden Day. Since the debut of Disney's Snow White and the Seven Dwarves, garden gnomes have gained general acceptance. But did you know that they have played a significant role in German culture since the 19th century? They are known as "gartenzwerg," which is German for "red-capped dwarfs."

Before launching the garden gnomes in this Google Doodle from a trebuchet to plant a garden, you can read a little about the background of garden gnomes. You can launch a variety of gnomes to send them farther than 75 meters. You must precisely time the trebuchet's arm with a mouse click to achieve the most distance.

If you enjoy hot peppers, Wilbur Scoville deserves your gratitude if you want hot peppers, even if you are unfamiliar with his name. Pharmacist Scoville created the Scoville scale to quantify the "hot" or spiciness of chili peppers. Google Doodle published the Scoville doodle in 2016 to honor Wilbur's 151st birthday. You control an ice cream cone with multiple scoops on top in the doodle. To win, line up the meter correctly in the green to chill and freeze the pepper. After all, Scoville also found that a hot pepper can be neutralized by cheese.