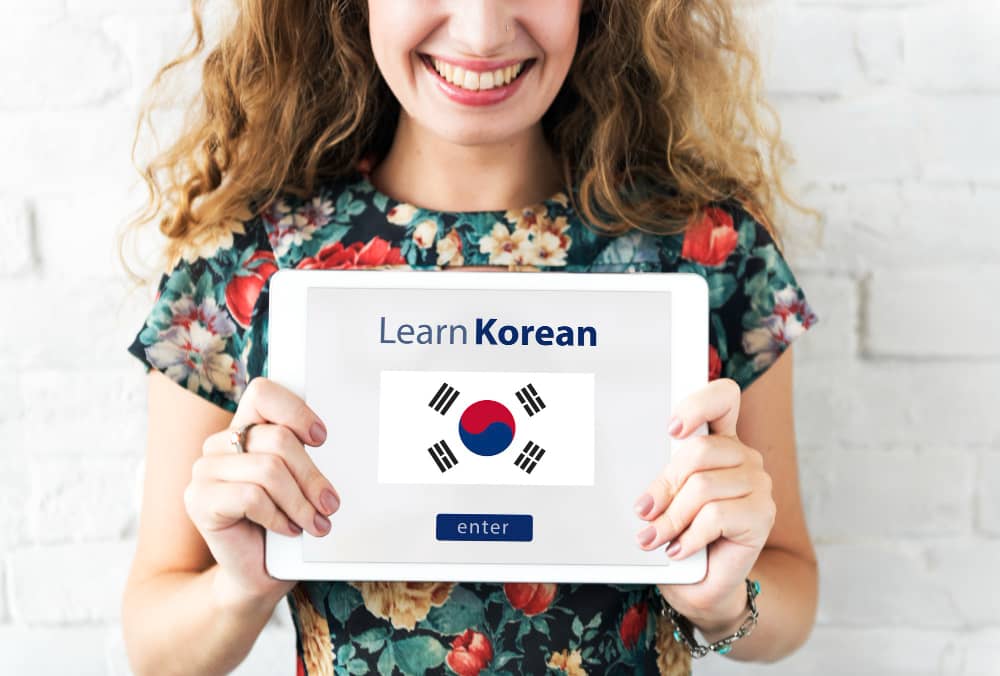 Korean is a language that is spoken by both North and South Koreans. They talk in separate dialects (South Korean and North Korean), but the essential components of the language are the same.

A North and South Korean would be able to talk very readily with one another. The alphabet and writing system used for the Korean language is unique.

The term "Korean" can describe a language, a group of people, or a cultural feature.

Usually, when someone says "Korean," they mean South Koreans. Korean, however, can also refer to anything about the Korean peninsula and its past.

Korean, Chinese and Japanese languages are comparable in several ways. Regarding syntax and sentence construction, Korean is equivalent to Japanese.

Additionally, each has its writing system that is relatively simple to master. But the Japanese writing system also uses Kanji, Chinese characters that were adopted.

Chinese characters are used to write the majority of Japanese words. Hanja, a comparable symbol used in the Korean writing system, is employed less frequently than in Japanese.

The Korean and Chinese languages are related because many Korean terms have Chinese roots. However, unlike Chinese, Korean does not have tones.

Some modern Korean terms, frequently referred to as "Konglish," are translations of words from other languages, including English and German.

Since Korean is a phonetic language, words may be formed by sounding out the individual characters. The letters are read from left to right and top to bottom, and the alphabet has distinct sounds for each letter.

There are individual syllables. Most native English speakers can learn the alphabet (Hangul) in one to two hours.

The Korean spoken now and taught in schools was developed a few hundred years ago. Older iterations of the language were used before then.

Additionally, it serves as the official tongue of China's Yanbian area. Even though it is not the official language, it is spoken in many other parts of the world.

More than 75 million people globally speak Korean. The official languages of South and North Korea, where most speakers reside, are Korean.

The cities with the greatest compost signification of Korean residents outside the Korean peninsula include Beijing, Los Angeles, New York, Tokyo, Osaka, Atlanta, and Sydney. The three countries with the most Korean speakers are China, Japan, and the United States.

There are nine distinct dialects of Korean. Standard Korean dialects are spoken in official contexts in both South and North Korea. It is the dialect of Seoul in the South. In the North, it combines the idioms of Pyeongyang and Seoul.

The dialect spoken on Jeju Island deviates the most from standard Korean among these regional dialects.

The dialects spoken in North and South Korea are distinct because of the extensive time spent apart following the Korean War.

This is due to the effect of the other participating nations in the Korean War on both regional dialects.

Since North and South Korea speak the same language, communication is not a problem. Both nations have distinctive accents, though. The accent in North Korea is more prominent than in the South.

Despite being able to communicate in one other's languages, the two nations can quickly distinguish one another. Someone's accent alone can help identify them as North Korean.

While Russian influenced North Korea's version of the language, South Korea's performance was influenced by English. Their pronunciation has also evolved, in addition to their vocabulary.

Numerous Korean speakers were born and raised outside of the Korean peninsula. United States, China, Japan, Canada, Uzbekistan, Vietnam, Russia, Australia, and Kazakhstan have the most prominent Korean population.

Languages are spoken in South Korea.

South Korea has five distinct dialects of its one official language. The variant typically utilised in speeches and news reports is the Seoul dialect.

There are now two varieties of Korean spoken on the Korean peninsula. This is because North Korea and South Korea claim sovereignty over the Korean Peninsula.

The term for and widespread recognition of the South Korean language is 한국어 (hangugeo). The majority of Korean learners are learning this language.

North Korean is the other language spoken on the Korean peninsula. This is referred to as 문화어 (munhwaeo).

Some contend that throughout time, the many ethnic groups inhabiting the Korean peninsula fused to produce a single language.

This took place during the sixth and fourteenth centuries, during the unification. The Korean language we know today was created in the 15th century.

One of the various writing systems used to represent Korean sounds was Chinese characters, formerly employed to write the language.

However, Chinese letters could not accurately portray the Korean language's sounds. King Sejong oversaw the completion of the Korean writing system known as Hangul, which was formerly known as 훈민정음  (hunminjeongeum).

The Korean writing system known as Hangul does the finest job of capturing the sound of the language.

In the first century BC, Chinese characters were introduced to the area. They were modified to fit the language and named Hanja (한자). It served as a Korean writing system.

Before Hangul, the Korean alphabet ultimately gained popularity as the writing system; these Chinese letters were the only ones permitted for official usage in Korea until barely 100 years ago. Hanja is still used by South Koreans today, particularly in government documents.

Hanja, however, has not been used formally in North Korea since 1949. North Koreans have substituted several Chinese terms with those from their language.

Even now, Hangul is employed to write Chinese loan words, which are still widely used. Hanja can be found in particular places, like dictionaries.

King Sejong invented the Hangul alphabet in 1443. It is referred to as Joseongul in North Korea. After the Korean War and World War 2, it rose to prominence in North and South Korea.

The writing system known as Hangul (also written "Hangeul") has 14 consonants and ten vowels. Words are created by combining them into blocks.

The fundamental Korean letters are relatively easy to write. The alphabet has several letters that are merely one or two lines long.

Hangeul is optional to learn Korean to communicate (the Korean Alphabet). However, knowing the letters first will make the process simpler and quicker.

You'll be able to grasp what you hear more clearly and pronounce words more precisely.

Like Chinese, Korean doesn't have tones. The pronunciation of Korean words is straightforward if you can read Hangul. That's because most of them are spelt exactly how they are written.

Learning some fundamental grammar and phrases and engaging in conversation in Korean is the most excellent approach to learning the language.

Although there are a few exceptions, the language's norms for pronunciation are generally straightforward and unambiguous. Tones are not present in standard Korean, making it simple to start speaking.

According to a recognised romanisation standard, Korean can be written in English letters. Though it's helpful for roughly translating words into English, it's terrible for pronunciation.

Subject-object-verb is the standard Korean sentence structure. The word order in Korean is variable, though, and frequently the verb is the only word required for a phrase to make sense.

This makes it simple for newcomers who wish to master the language to begin making phrases immediately. Start with our introduction to Korean grammar if you want to study the language directly.

Language has nine components of speech. Nouns, pronouns, numerals, action verbs, adverbs, descriptive verbs and adjectives, interjections and exclamations, particles and postpositions, determiners, and indeclinable adjectives round out the list of constituents.

If you are familiar with Japanese, you might notice how close Korea's syntax is to that language.

In Korean, the relationship between the speaker and the person they are speaking to or about is indicated via honorifics and speech levels.

Honorifics are required when addressing someone with a higher position or older. Honorifics would be used, for instance, while speaking to or about your parents.

You utilise a different voice level depending on who you are speaking to. When someone is older or more important than you, the word 존댓말 "jondaetmal" should be used.

This is because 존댓말 (jondaetmal) is the degree of polite speaking. You can utilise the casual speech level (banmal) with friends and others younger than you.

There is also a neutral speech level, which speakers employ in everyday contexts. Although they won't be your close friends, persons of comparable age and status can use the hirepeech group.

Native Korean words make up the majority of the vocabulary in Korean. But a significant portion of the lexicon comprises terms that are straight translations from Chinese.

Some of the Korean words you've already learnt may have their roots in Chinese. Many English terms have been translated from Chinese characters. Although the precise number of these terms in the Korean language is still being determined, estimates range from 30% to 65%.

Does the Korean language have genders?

In terms of grammar, there is no gender in Korean. This implies that words are not divided into distinct categories, as they would be in French.

Additionally, unlike in English, you don't need to write "he" or "she" in your phrase because it just needs a verb.

However, you may make it evident in your speech or writing whether you are referring to a man or a woman by using the words "get" for a man and "geunyeo" for a woman.