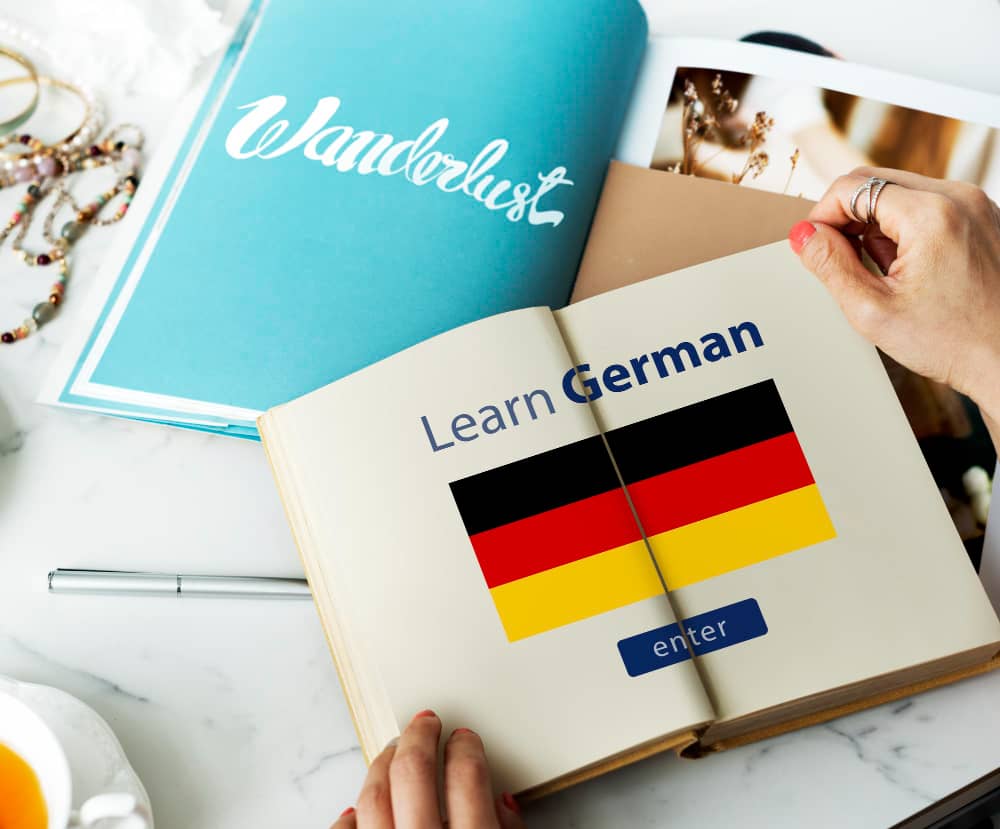 German (Deutsch) is a member of the Germanic branch of the Indo-European language family, namely the Western group.

It is one of the most widely spoken languages in the world, with an estimated 95 million native speakers and 28 million speakers who also use it as a second language (Ethnologue).

Germany was divided between a smaller Northern section (without the sound shift) and a more considerable Central and Southern component due to the High German Consonant Shift (with the sound shift).

South of this line is the other nations where German is spoken. The North German Lowlands language is known as Low German as opposed to High German, which is said in the regions where the sound change happened since the consonant shift did not occur there.

Up to the 10th and 11th centuries, it was still in use. Its complicated grammar was similar to that of Latin or Slavic languages. Modern German readers will need help understanding it.

Up to the Middle Ages' end, it was still used. Readers of contemporary German can somewhat understand it.

At the end of the Middle Ages, it began to evolve. Readers of contemporary German can somewhat understand it.

German dialects differ a lot from one another. The dialect continuum from High German to Low German includes all varieties of German.

Only nearby dialects can communicate with one another. Many dialects of German are not understandable to speakers of standard German.

German is a highly inflected language with many Old High German morphological traits intact. Only Icelandic and Faroese have a comparable rich morphology among the Germanic languages.

There are weak verbs (so-called regular verbs that add endings to stems). And strong verbs (also known as irregular verbs since they undergo internal vowel changes when conjugated)

Based on the person (first, second, third) and number, verbs are conjugated (singular and plural).

There are two simple tenses for verbs: present and past, and a variety of compound tenses, made up of auxiliary verbs like haben, sein, and werden plus a past participle or an infinitive.

The three types are indicative, subjunctive/conditional, and imperative moods.

Active and passive voices are present.

Prefixes can be used to clarify and enlarge the meaning of verbs. For instance, the verb aufmachen might mean "to open" by combining the words "out" and "make." Prefixes can occasionally stand alone from the main verb,

Most German words come from Proto-Germanic, also known as Common Germanic, which has been identified as the ancestor language of all Germanic languages.

French and English are also borrowed into German. Its scientific vocabulary includes Greek and Latin roots in large part.

English is the most recent source of loanwords. Words are sometimes created by combining local parts, like Weihnachtsmann, which means "Holy Night Man" or "Santa Claus" in English.

German was mostly unwritten before the 13th and 14th centuries, and all official papers were written in Latin.

There was a German text of common interest for the first time that spread quickly throughout Germany thanks to Johannes Gutenberg's invention of the printing press (circa 1400–1468) and Martin Luther's (1483–1546) translation of the Bible using a more informal language than had previously been used in writing.

This helped establish a common written language that would be recognised throughout Germany.

The development of German orthography by the Kingdom of Bavaria in 1879 was another significant step toward the unification of the language.

When Konrad Duden (1829–1911) produced his renowned dictionary, which is still regarded as the benchmark for German spelling today, the Kingdom of Prussia followed one year later.

Two changes to orthography have been made since 1880. Today, the Latin alphabet is used to write German. German words' spellings typically serve as a reliable guide to their pronunciation.

German features 26 basic letters in addition to three vowels with an umlaut: ä, ö, Üü, and a unique letter ß that stands in for the letter ss.

The placement of the verb in German sentences serves as the most significant indicator of word order.

Key Facts about the German Language