AI Movies That You Must Watch Right Now 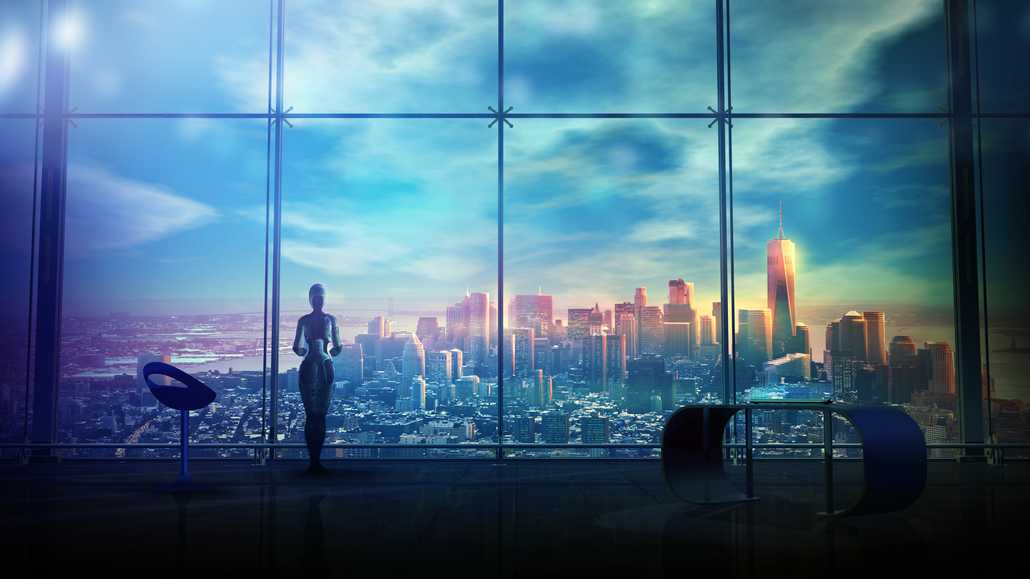 AI Movies That You Must Watch Right Now

Movies about artificial intelligence are becoming more and more common these days. Numerous films have this concept, and they serve as inspiration for multiple programmers to produce the same thing.

As a result, we now have access to intelligent technology that first seemed unattainable.

The first movie with an AI premise is widely regarded to be Metropolis. Additionally, this film debuted in 1927.

More than 90 movies have been made regarding artificial intelligence, and more are likely on the way. The application of the interaction between machines and people in movies may still have a long way to go if we include films like Star Wars and Transformers.

Not all movies on artificial intelligence are made equally. They originate from several narratives. There are many fascinating stories to be expected, ranging from explaining the ethical implications of AI to the relationship between people and machines.

The following are a few AI-related movies that you shouldn't miss.

To stop the birth of John Connor, who would inspire a rebel organization to fight against Skynet, an AI system called Skynet sends back The Terminator, a cyborg assassin, in this movie. When depicting the grim future of a society when AI suddenly turns terrible and begins murdering everyone, The Terminator is one of the most well-known films. It demonstrates how AI could one day pose an existential danger. This film serves as a warning to develop a safe AI and to think twice about creating an AI that can exterminate humanity.

In the famous dystopian film Blade Runner, bioengineered humans powered by AI coexist with regular people, except that they only have a four-year lifespan. The Blade Runner 2049 prequel is also a fantastic movie that delves even further into the subject of AI and its future.

One movie that allegedly exposes the ethics of AI is Robocop. This refers to the risks of utilizing lethal autonomous weapon systems in the military and highlights the need for laws on AI use to stop misuse of the technology. This is because Robocop combines human and artificial intelligence, demonstrating the impossibility of artificial or automated morals and ethics. We must still consider that we are all human, or else adverse effects will occur.

In the movie Westworld, artificial intelligence is employed to provide us with entertainment and let us live out our desires. It causes us to reflect on our behavior and makes us aware of the thin line between technology and ethics.

Ava is an AGI (Artificial General Intelligence) developed by Caleb Smith. AGI is an AI that is much more intelligent than a human being. Ava e can influence others' emotions. The treatment and experimentation of self-aware robots like Ava pose ethical questions in this movie.

Most operations are controlled by HAL 9000, a supercomputer on a spacecraft traveling to Jupiter, which can malfunction and decide to wipe out the entire planet. We know the risks of allowing AI to rule our world and the need to be careful of the consequences as HAL eliminates the crew.

Moon is comparable to 2001: Space Odessy in that it features a HAL 9000 character GERTY. Sam Bell is a lone astronaut on the surface of the Moon. He is accompanied by a computer named GERTY. He encounters an accident and his younger self. One of the best sci-fi movies ever made.

The police force is now mechanized with autonomous droids that patrol the streets and deal with lawbreakers in this dystopian future. One of the stolen droids receives an upgrade from ANI to AGI, which makes it conscious. With his newly discovered emotion, this droid, Chappie, fights against social corruption and is classified as a danger to humans and the law. This raises ethical questions on how AGI might learn on its own by observing its environment, much like Chappie does in the movie.

In the classic dystopia The Matrix, humanity's fear of artificially intelligent beings with superhuman intelligence comes true. Neo encounters Morpheus in "The Matrix," an artificially intelligent simulation of reality designed to keep humanity in check. This sets him free from the simulation and launches a new chapter in his life in which he battles intelligent beings in the shape of secret agents and learns who he is. The Matrix offers some thought-provoking life lessons and a bleak insight into the future of the dark side of AI.

I, Robot VIKI (Virtual Interactive Kinetic Intelligence), is a supercomputer that has turned evil and uses information gathered from all across the world to command robots everywhere. Robots are pervasive in this environment, and their systems are programmed with laws guaranteeing societal safety. However, VIKI makes those laws irrelevant, and it's up to a tech-averse cop and a friendly robot to stop VIKI from destroying the world. This movie explores the terrifying idea of AI taking over the world and how laws to stop it can have unintended consequences.

The well-known Star Wars droid duo, C3-PO and R2D2 are sentient artificial intelligence (AI) droids with human-like personalities and emotional capacities. They are treated like slaves or pets, which is interesting. This is similar to a relationship between a man and a dog; only the dog can talk and have views. Star Wars take on artificial intelligence makes us consider how society will handle AI in the future, whether as friends, pets, or assistants. It also makes us think about whether the community will ever trust AI.

How AI is portrayed in Interstellar is entirely different from other sci-fi movies. TARS and CASE, a pair of quadrilateral robots, suddenly take on a form that bears no relation to the famous human-like appearance as seen in Star Wars and Star Trek, instead of making it the adversary like HAL 9000 or The Terminator. This TARS and CASE design exemplifies a design that prioritizes functionality over humanness and illustrates the wide range of potential outcomes for complicated innovations in robotics and AI.

"Moneyball" demonstrates the incredible power of predictive analytics and its practical applications. The "Moneyball theory" and data analytics were employed in this movie to choose the best team of undervalued players on a shoestring budget. A winning baseball club was created using player data mining and two crucial data points (slugging % and on-base percentage). The use of data in a decision-making and selecting the appropriate statistics for predictive modeling are demonstrated in this movie. However, what matters most is having the guts to base judgments on analytics and having faith in the information to bring about change.

The movie "Margin Call" demonstrates how inaccurate predictive modeling affects everyone in society. Technology does not exist in a vacuum, and even a tiny error can have disastrous results. In the 2008 financial crisis, which serves as the film's primary setting, bank risk analysts and financial analysts learn that their risk model is causing the company to experience financial ruin. This movie informs viewers about the perils of greed and how essential it is to failproof every aspect of a predictive model to avoid disasters.

The data science in "Minority Report" is at its finest. In this movie, a group of psychically gifted people or "Data scientists" named PreCogs can foretell future crimes by studying vast amounts of data. The PreCrime, a police team, sent to prevent the crime, receives the visual data after this study. This raises the possibility of using data to achieve great things in the real world, such as averting catastrophes and sparing millions of lives.

This film features Alan Turing, the father of modern computer science and the author of the well-known "Turing Test." Alan Turing, a renowned mathematician, solves the puzzle during World War II. Turing decided to create a computer capable of doing complex permutations faster than any human being could. The enigma is a strategic code that the Nazis use to encrypt their communications. Turing established both the field of machine creation and cybersecurity enforcement with this computer. The movie also teaches viewers the value of innovation and creativity in solving "enigmas" and the importance of communication and human behavior as essential elements in problem-solving.

Discover the importance of game theory in everyday life and the mathematical realm as it is slowly revealed in this movie. John Nash, an economics Nobel winner, is a featured character in "A Beautiful Mind." He is renowned for his contributions to economic theory, often known as game theory, which led to advancements in the study of economics. In computer science, his work is widely used.

Dispelling the myths around AI is the first step in understanding it because it will soon be present everywhere.

One of the biggest myths is that AI will develop a conscience and turn evil, annihilating everyone in its path.

While this is unsettling, the actual concern is that AI will have objectives that aren't compatible with ours. There won't be much we can do to stop them once that happens.

The idea that Super AI is imminent and that we should all be alarmed is another common misconception. The truth is that nobody—not even the most knowledgeable specialists in the field—can predict when Super AI will be developed.

Decades, centuries, or even never, depending could pass. The AI in movies is almost always portrayed as a menacing, laser-shooting, invincible robot. But an AI won't need a physical form to misbehave; all it needs is a location online, and then all hell can break free.